Ted failed to stifle a yawn as Professor Wandus reiterated the obscure logic behind yet another tedious Victorian era story line. 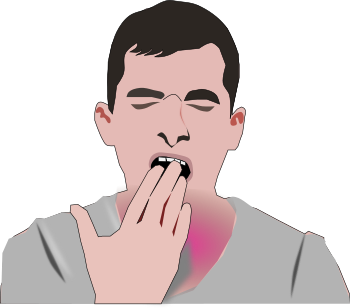 [For the record, today's Lexico offering was ambush, but the sticklers in this austere, angst-ridden, and august group might have complained that ambuscade has already been used and disqualified the lesser cousin. To avoid tedious rehash of ancient arguments of precedent process, I chose an alternate word (even if it isn't from an alternate universe). There, is that a tedious enough explanation for you?

/ˈskeɪpɡəʊt/ [skape-goat]
noun
1 A person who is blamed for the wrongdoings, mistakes, or faults of others, especially for reasons of expediency.
2 (in the Bible) a goat sent into the wilderness after the Jewish chief priest had symbolically laid the sins of the people upon it (Lev. 16).
verb
[with object]
Make a scapegoat of.

Simon sought solace in being selected today's class scapegoat. Tomorrow he had such plans, and someone else would take the blame. 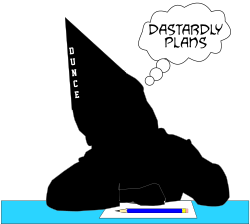 by Algot Runeman
E.P.S.,
Have you seen the recent release "Rambo: Last Blood"?

Well...that was too easy!

/transˈfɪks/ [trans-fix]
verb
[with object]
1 Cause (someone) to become motionless with horror, wonder, or astonishment.
2 Pierce with a sharp implement or weapon.

Origin
Late 16th century (in transfix (sense 2)): from Latin transfix- ‘pierced through’, from the verb transfigere, from trans- ‘across’ + figere ‘fix, fasten’.

Benny was transfixed, not by some evil stare, but by the spikes through his feet into the planking of the deck. 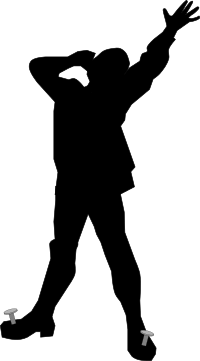 /ˈɛləkwənt/ [el-oh-kwent]
adjective
1 Fluent or persuasive in speaking or writing.
1.1 Clearly expressing or indicating something.

Sometimes one is most eloquent when remaining silent. 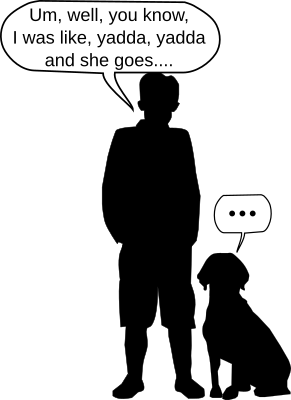 Do not divulge your passwords to callers on the phone. Oh, sorry, I am preaching to the choir here, right? 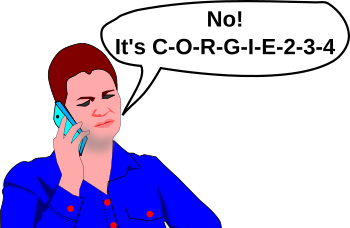 /ˈmɒk(ə)ri/ [mok-er-ee]
noun mockeries
mass noun
1 Teasing and contemptuous language or behavior directed at a particular person or thing.
1.1 in singular - An absurd misrepresentation or imitation of something.
1.2 archaic - Ludicrously futile action.

We do not, here, use mockery.
It is too unpleasant and unkind.
And we think that you will find
We also don't throw crockery.

/rɪˈtreɪs/ [ree-trace]
verb
[with object]
1 Go back over (the same route that one has just taken)
1.1 Discover and follow (a route taken by someone else)
1.2 Trace (something) back to its source or beginning.

With some lack of grace,
To prepare for this space,
Though it is not a race,
The illustrations, I do trace.

If there's a big mistake
With the image that I make
For my and everyone's sake
I retrace to fix the break.

/ˈsəːkɪt/ [sir'-cut]
noun
1 A roughly circular line, route, or movement that starts and finishes at the same place.
1.1 British A track used for motor racing, horse racing, or athletics.
2 An established itinerary of events or venues used for a particular activity, typically involving sport or public performance.
2.1 A series of athletic exercises performed consecutively in one training session.
2.2 A regular journey made by a judge around a particular district to hear cases in court.
2.3 A district administered or formerly administered by travelling judges.
2.4 A group of local Methodist Churches forming an administrative unit.
2.5 A chain of theatres or cinemas under a single management.
3 A complete and closed path around which a circulating electric current can flow.
3.1 A system of electrical conductors and components forming an electrical circuit.

Origin
Late Middle English via Old French from Latin circuitus, from circuire, variant of circumire ‘go round’, from circum ‘around’ + ire ‘go’. 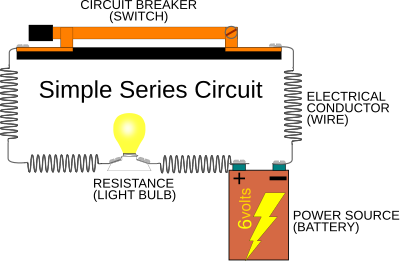 /əˈmas/ [uh-mass]
verb
[with object]
1 Gather together or accumulate (a large amount or number of material or things) over a period of time.
1.1 archaic - no object Gather together in a crowd or group.

In our attempt to amass a gargantuan vocabulary we will try to avoid overusing any of the words we collect.

Since you have caught me with the diamonds in my hand and the safe cracked open beside us, I will probably not wriggle out of this mess. 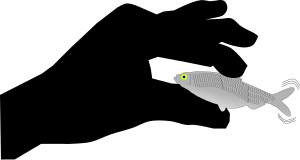 Though he only wore a crown in his locked private bathroom, the President was an avowed reactionary.

/ˈfɪləm(ə)nt/ [fill-uh-ment]
noun
1 A slender threadlike object or fibre, especially one found in animal or plant structures.
1.1 Botany The slender part of a stamen that supports the anther.
1.2 Astronomy A slender, elongated body of luminous gas or other material in the sun’s atmosphere, a nebula, or interstellar space.
2 A conducting wire or thread with a high melting point, forming part of an electric bulb or thermionic valve and heated or made incandescent by an electric current.

/rɪˈkʌr(ə)nt/ [re-cur-ent]
adjective
1 Occurring often or repeatedly.
2 Anatomy - (of a nerve or blood vessel) turning back so as to reverse direction.

Repetition, no. Recurrence, okay. It's an issue of focus.