Origin
From the French given name Véronique.

Paul proudly served his sole veronique on Fridays. The customers were happy. Not only did the dish have his signature grape garnish, he took the extra step of providing the fermented grapes in two forms, on the plate and in the delicious bottles of wine from his uncle's vineyard.

Yves yawned. Before him, the llano stretched to the horizon. The road he was on split it evenly on his left an his right. It had been a twenty miles since he had seen the last other car, and he would not be surprised if another fifty rolled under the car's tires before the next.

by voralfred
Imagine a llano over which fly thousands and thousands of birds. That would enrich its soil with guano, wouldn't it ?

This is a very familiar term.

I was a teenager when I first read about the Llano Estacado.
But then romantic me thought it was a desert where trails and oases were shown to travelers, with upright wooden stakes.

by Algot Runeman
The Llano Estacado described in the Lonesome Dove series by Larry McMurtry created a compelling memory. That is in spite of the fact that I've never seen it. I was able to put the imagined image into context because I spent four summers at a summer camp in Buena Vista, Colorado. Buena Vista is in a long valley on the east side of the continental divide which makes it chronically dry. It took some time each summer to acclimate to the seven percent average humidity. In spite of the need to drink a lot, I remember those summers fondly.

I wonder if "Llano Guano" would make a good counter-culture band name. If they were heavy metal (my mental image says they do), I probably would not go to their concerts.

Pronunciation: /ɪˈnɪʃɪand/
noun
A person about to be initiated. 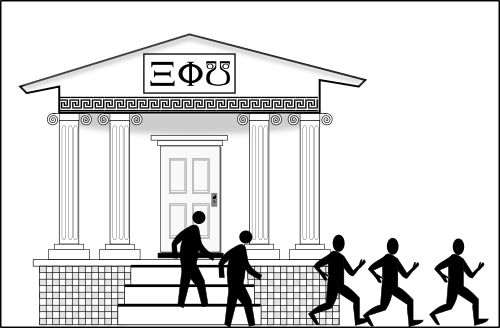 There were only three sheet-wrapped, kneeling initiands this year. The fraternity was slowly fading away. This was, in fact, the last Psi Xi GNU chapter in the whole university system. The rise of the more open fraternities was the source of GNU's decline. Pragmatism was overriding Passion.

Is Tanzania's gnu population declining or is the rise of agnustics to blame for the lack of sufficient initiands? 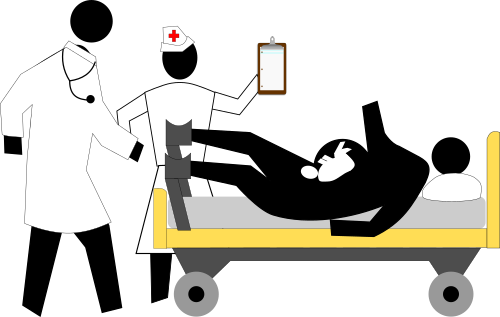 Betty's labor was pedestrian, in part because her myometrium was very strong. Her contractions were effective, the baby was born just two hours after the water broke. She didn't complain about the epidural shot, though.

Pronunciation: /ˌmadəˈrəʊsɪs/
noun
[mass noun] Medicine
Absence or loss of the eyelashes (and sometimes the eyebrows), either as a congenital condition or as a result of an infection. 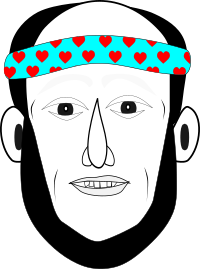 Joel attempted to offset his middle-aged onset of madarosis by growing a beard. It did not help that he also had to endure male-pattern baldness along with the lack of eyebrows. He flat out refused to draw them back on. All he could imagine was Uncle Leo from "Seinfeld." A folded bandana across his brow helped block the sweat from his eyes, but he thought he looked stupid in it.

Apparently I have the opposite of madarosis.

Each and every time I visit the barber shop for a haircut, he/she asks me if I want my eyebrows and the hairs on my ears trimmed too.
Those growing from my nostrils I can manage myself, thank you.

Based on the photo you used to illustrate your hirsute condition, I'd say the barber might also ask about a shoulder trim.

Pronunciation: /ˈrɛv(ə)nənt/
noun
A person who has returned, especially supposedly from the dead: he was three hundred years old, a terrible living revenant

For Christians, Jesus is a revenant, I suppose. For some others, the zombie craze almost fills the bill. Can we include "Rip Van Winkle"? Woody Allen did a comedy, "Sleeper", which covered some of the same ground. I have not seen Leonardo's recent film, so cannot comment there.

To each of G. K. Chesterton's new readers, Father Brown is a revenant Reverend. A fictional detective famously protrayed by Heins Rühmann, Alec Guinness, Kenneth More and many others.

by voralfred
Lots of people strongly believe that every dentist is none but a revenant Szell, but I know better.
A dentist is just a revenant Dr. Oliver Bloom.

If you know Greek, you might be a geek.
If you know Latin, long classes you sat in.
Working hard is the way to go
And hope it doesn't take a decade
Or even decennium for you to get paid.

While it is noted in the definition that it is rare, I will disagree. Just like a decade, a decennium comes every ten years.

Both words arrive in English through a typical, long language chain, but it was the Latins who passed along decade from Greek. Was Greek more scholarly back then than their own vulgar speech?

According to Oxford Dictionaries Online, "decade" is one of the top 1000 most frequently used words, which is also a rare feat!

by voralfred
In english, you have two words (though one is rarely used) for the same notion.
In french, ten years is "une décennie". Normally, "une décade" should only mean ten days. However, many french people, probably influenced by english, use "une décade"" to mean a decade, which is incorrect and misleading to those who know what "une décade" really means.
There was one case, however, where the word "décade" was used correctly, in the title of the french-italian movie (though starring Anthony Perkins, Orson Welles and Tsilla Chelton)
"La Décade Prodigieuse" a.k.a. "Ten Days Wonder".

Your reasoning is very ... well, reasonable, though you seem to have overlooked the fact that (English) decadent and (French) décadent can also describe a person, elderly or not, with only ten teeth.

by Algot Runeman
So, voralfred, is it the metric week from the French Republic calendar that standardized "decade" as a ten-day period?

Is there any current group trying to promote decimal time measurement?

By the way, I recently read a vaguely related quote. "There are chapters of the Flat Earth Society all around the globe." Hmm.

Your reasoning is very ... well, reasonable, though you seem to have overlooked the fact that (English) decadent and (French) décadent can also describe a person, elderly or not, with only ten teeth.

When I said "should", it was not to express my reasoning. Rather, I was quoting what the main french dictionaries (Robert, Larousse,...) write, as confirmed by the french [url=https://fr.wiktionary.org/wiki/décade]wiktionary entry[/url]. This more or less fixes what is correct or incorrect (rather than decisions by the Académie Française, or political decisions about "official spelling rules"). But the dictionaries follow the winds of time and if the current trend continues, they will eventually admit that "décade" has to be accepted for "décennie".

Hmmm... Because of the "é" this URL does not appear correctly; but if I put a regular "e" instead of directing to the right entry, as it usually goes, it directs to the french dictionary entry for "decade" that also exists, treating this word as an english one. So please just copy the URL as it is to find it.
In the "décade" URL it does say that the second entry, where "décade" is understood as "decennie" is an "anglicisme" (english influence) and the note [1] sends you at the bottom mentioning that Robert and Larousse blame it as incorrect, though Grévisse accepts it. Two versus one...


I see why (French) décadent could mean what you claim it should, but I don't see why (English) decadent would have the same meaning. To me it evokes some object (or person ?) that/who shows the signs of having been hit ten times by an object harder than it/him/her.

I remember owning a car that was decadent, before becoming hendecadent, dodecadent, etc. I think I got rid of it by the time it was icosadent or so...

Algot Runeman wrote:So, voralfred, is it the metric week from the French Republic calendar that standardized "decade" as a ten-day period?

"décade" was indeed used in the French Republic calendar, with three "décades" in a month. Whether it was already used in that sense before in french I don't know. The Athenians also used three parts in their calendar, but since it was a luni-solar calendar with months of 29 or 30 days, the third section's length was 9 days more often than 10. And according to the french Wikipedia article the names of the three sections did not sound like "décade" at all, the greek prefix δεκα was not present (though it was present in the name "δεκάτη" of the last day of the first and second section, and of the first day of the third section when it was ten days long)

Not that I know of, but I did not research. I'm sure a good research on the Web would find some

Algot Runeman wrote:By the way, I recently read a vaguely related quote. "There are chapters of the Flat Earth Society all around the globe." Hmm.

Pronunciation: /ˈɔːdaks/
noun (plural audaxes)
A type of long-distance road cycling event in which participants must navigate a route within a specified period of time: the Essex Lanes 106 km audax

Origin
Via French from Italian (apparently originally with reference to a ride from Rome to Naples first held in 1897), from Latin audax, audac- 'bold, daring' (see audacious). 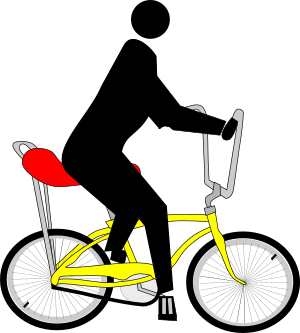 Alan the Audacious attacked every challenge with vigor and a weird perspective. He convinced the organizers of the Audax d'Oregon to allow him to enter and ride a 20 inch single gear banana seat bicycle. To their chagrin, after 207 kilometers of racing, he came in second. Scores of professional cyclists refused to ever enter the race again.

Pronunciation: /ˈɛkspəːɡeɪt/
verb
[with object] (usually as adjective expurgated)
Remove matter thought to be objectionable or unsuitable from (a text or account): an expurgated English translation


Origin
Early 17th century (in the sense 'purge of excrement'): from Latin expurgat- 'thoroughly cleansed', from the verb expurgare, from ex- 'out' + purgare 'cleanse'. 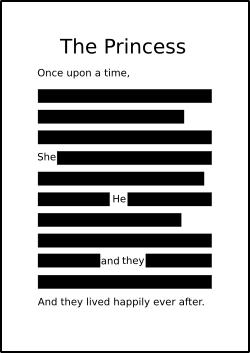 [The brown dog ran on the backyard lawn.] Censorship may not always make sense. 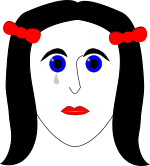 "Lackaday!" the lady cried.
The grave she stood beside
Was of her man, the next her son.
The other side had finally won.

[Note that WotD has used lackadaisical before. It is interesting to note the shift of meaning between this earlier word and its derivative.

Pronunciation: /ˌtatəˈtɑː/
/ˌtaθəˈtɑː/
noun
[mass noun] Buddhism
The ultimate nature of all things, as expressed in phenomena but inexpressible in language. Compare with sunyata. 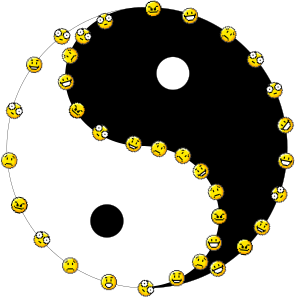 The "internet of things" has little to do with "the true state of things", tathata. 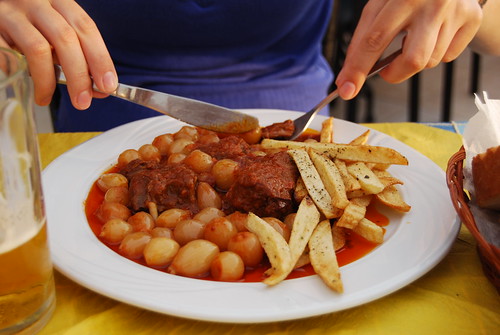 Steph served succulent stifado
On a plate from Eldorado.
The smell suffused the cafe.
Diners came throughout the day. 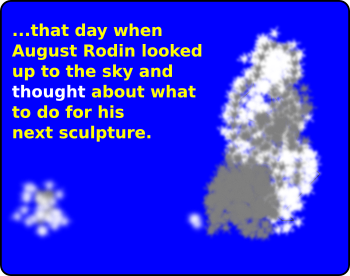 Once nephology might have been for dreamers. Today, cloud study is becoming the domain of network gurus. Maybe things have not changed, after all.
All times are UTC-05:00
Page 264 of 365