Pronunciation: /ˈbɪmb(ə)l /
British informal
verb
[no object, with adverbial of direction]
Walk or travel at a leisurely pace: on Sunday we bimbled around Spitalfields and Brick Lane

noun
A leisurely walk or journey: we were enjoying a pleasant bimble over the rocks

The days of bimbos bimbling along the lanes in the Bois de Boulogne (Paris, France) are past.
As I understood it, the latest French legislation put very stiff fines/sentences on it. 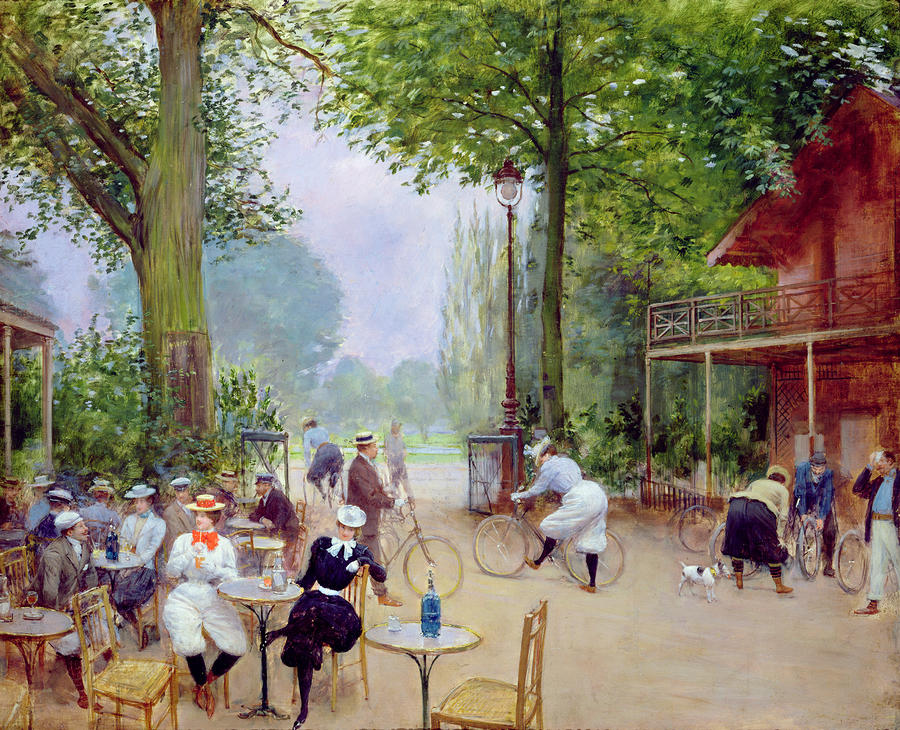 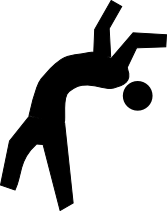 John is a good guy, he'll not only bend over backwards to help you out; he's also a gymnast and will assume a retroflex position to prove it.

We have this Turner Classic Movies TV-channel showing antique movies.

Pronunciation: /rəˈbəf /
verb
[with object]
Reject (someone or something) in an abrupt or ungracious manner: I asked her to be my wife, and was rebuffed in no uncertain terms

noun
An abrupt or ungracious refusal or rejection of an offer, request, or friendly gesture: any attempt to win her friendship was met with rebuffs

Terry stood, looking after her, stunned. He had asked if Sally would go to the diner for a snack after school. Her rude rebuff left him speechless. They had done it before. What made today different?

Pronunciation: /ˌōlēˈajənəs /
adjective
1 Rich in, covered with, or producing oil; oily or greasy.
2 Exaggeratedly and distastefully complimentary; obsequious: candidates made the usual oleaginous speeches in the debate 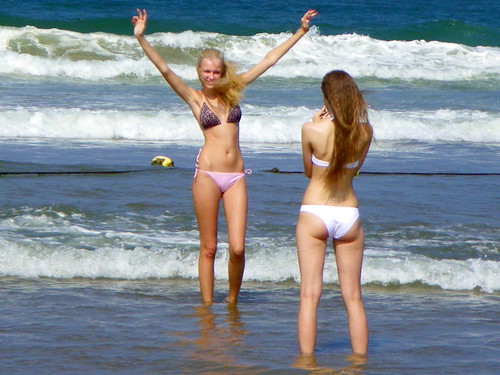 At the beach we are lean,
Wearing bikinis, very keen.
Get the described scene?
Now imagine us oleaginous.

That picture must have been shot before the Deepwater Horizon disaster.

Otherwise the girls would have had an overall oleaginous tan, or been absent altogether. The earl made to climb aboard his veteran Rolls Royce when a passing careless pigeon dropped its waste ballast on the gleaming vehicle's bonnet.

"Oh, Carruthers, don't worry." added his Lordship, "That brings good luck, you know. Still, I'm afraid that you'll have to rebuff the car and shoot the pigeon." 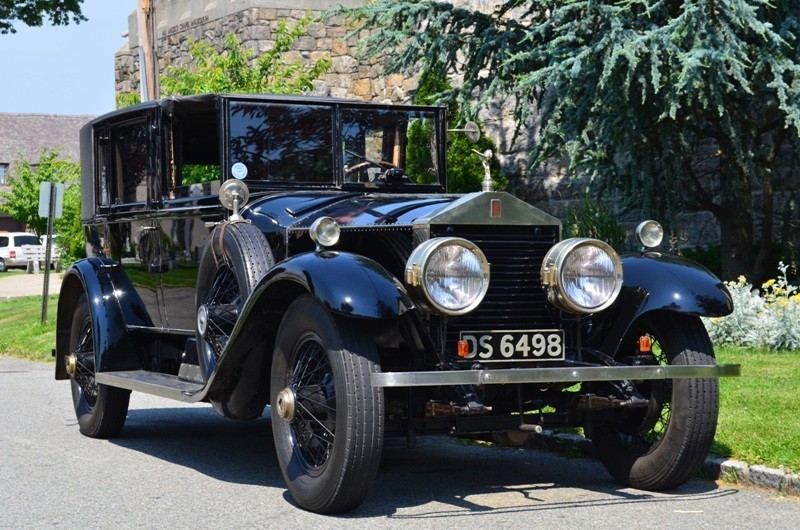 Pronunciation: /dəˈmôrəˌlīz /
verb
[with object]
1 Cause (someone) to lose confidence or hope; dispirit: their rejection of the treaty has demoralized the diplomatic community
2 archaic Corrupt the morals of (someone). 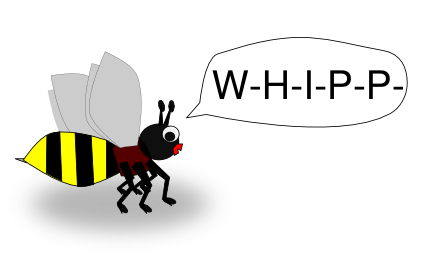 In spite of yesterday's references to bikinis and body oils, there is never an intent in these words of the day to demoralize youth. To the contrary, WotD is not to demoralize, but to inspire all alike, the ancient and archaic along with middle aged word mavens. Finally, WotD is here to encourage the blushing, vocabulary-building young whippernappers.

Pronunciation: /ˈhäməˌnoid /
Zoology
noun
A primate of a group that includes humans, their fossil ancestors, and the great apes.
Superfamily Hominoidea: families Hominidae and Pongidae
adjective
Of or relating to primates of the hominoid group; hominid or pongid. I'm a hominoid. You're a hominoid. The whole family is hominoids. We are a little flakey, but we're in it together.

Pronunciation: /məˈt(y)o͞otn-əl, ˌmaCHəˈtīnl /
adjective
formal
Of or occurring in the morning. 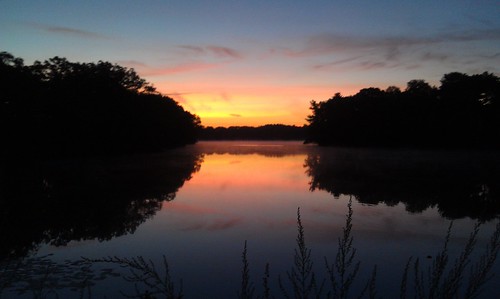 Preparing a WotD post is typically a matutinal activity. Sometimes, other things happen to delay until some post meridian hour, but that isn't typical.

Pronunciation: /əˈnaTHəməˌtīz /
verb
[with object]
Curse; condemn: she anathematized Tom as the despoiler of a helpless widow 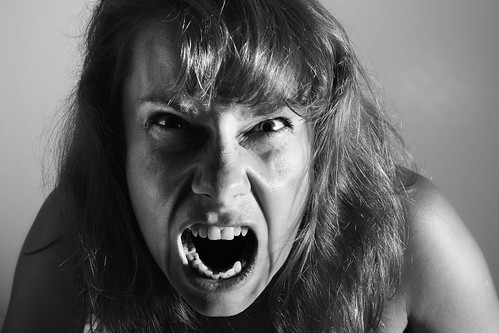 Bob cursed himself. His boss despised him. His wife anathemized him. His mother still adored him.

At the risk of being anathematized, I'll pass this hand and abstain from trying to use the word.

You can always stigmatise me if you wish, as Google offered with the search terms "stigmatise meaning":

stigmatize
verb: stigmatise
1. describe or regard as worthy of disgrace or great disapproval.
"the institution was stigmatized as a last resort for the destitute"
2. mark with stigmata.
"Francis, stigmatized in fashion as his Lord"
synonyms: condemn, denounce 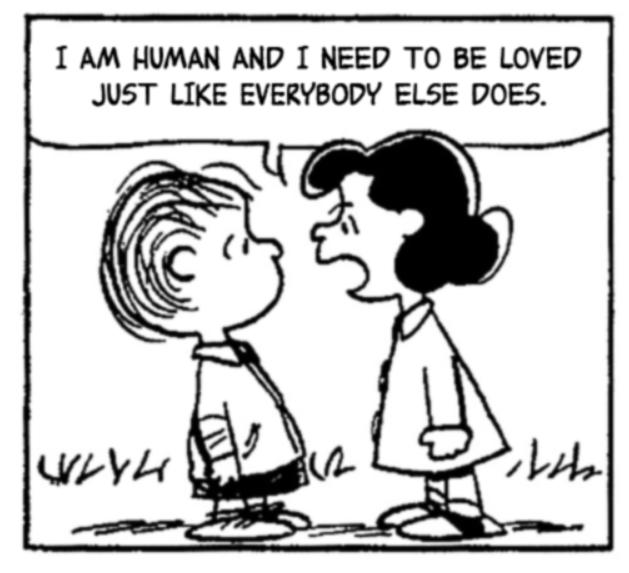 Pronunciation: /ˈnəʊʃ(ə)n(ə)l /
adjective
1 Existing as or based on a suggestion, estimate, or theory; not existing in reality: notional budgets for hospital and community health services
2 Linguistics Denoting or relating to an approach to grammar which is dependent on the definition of terminology (e.g. ‘a verb is a doing word’) as opposed to identification of structures and processes.

Origin
late Middle English (in the Latin sense): from obsolete French, or from medieval Latin notionalis 'relating to an idea', from notio(n-) 'idea' (see notion). 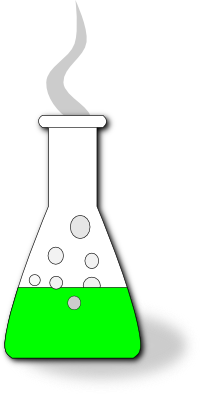 Feelings far from emotional.
My engagement is just notional.
My heart's not full devotional.
Flat. "Where's that potion, Al?"

I'm almost sure this post will appear silly and nonsensical. But considering that English is not my mother tongue, nor my father's, I'll go with it regardless.

Does that make any sense? As I understand the word, I'd say that works...as long as you don't expect sincere forgiveness.

Notional forgiveness would probably be partial, inadequate or, at worst, false forgiveness.

[E.P.S., In your case, and that of a large percentage of Europeans, you use English as if it were your native tongue. I am consistently impressed. I cannot comment on the accent, of course.]

[My grasp of English is also notional, I am certain.] 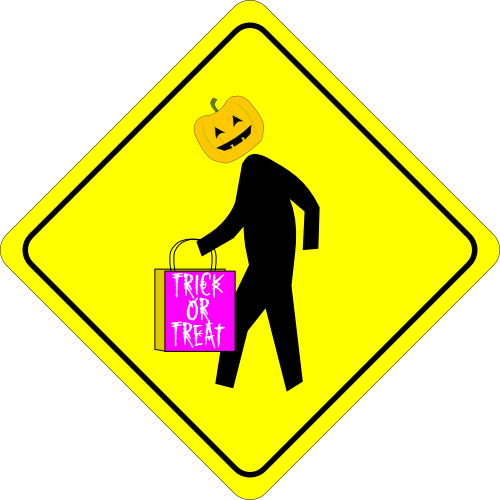 It boggled Bob's mind to see the bogles dancing in the misty field. Then he chalked it up to the seven flasks of ale and ambled on home.

The first time I read the current WotD was in "Beguilement", the first book in Lois McMaster Bujold's intriguing fantasy quadrilogy. Over the four books the story gradually builds up to a gripping finish leaving you breathless with a quivering stomach and a tight bladder. Fortunately your control is restored with a happy ending, which is a bit short though.

A large part of "Horizon", the fourth and final novel, reads like the screenplay for an extremely thrilling horror movie. The blight bogle, aka malice, is a horribly scary creature, more frightening than vampires, zombies, demons and telepathic werewolves combined.

If you like multiple frissons and you tend to whistle in dark places, I recommend reading the complete "The Sharing Knife" series.

Not that whistling will you do any good ... by Algot Runeman
I also thoroughly enjoyed The Sharing Knife and the whole series. I had forgotten the use of bogle, though. Thanks for reminding me of it, E.P.S. Like a lot of other words, bogle isn't one I regularly use. Words like it come into my life, usually in a book, and then pass out again. In the US, the "boogeyman" term might be seen as similar to the Scots/English bogle. It isn't that I even use boogeyman often, just that it is more a local term.

You wrote about being non-native for English. You must encounter much more complicated word overlays as a result. Do you think you think first of a Flemish/Dutch word of similar meaning when you read these English WotD words which aren't even common for "natives"?

My father, born in Sweden, was fluent in four or five languages in additon to ancient Greek and Latin from his days in seminary, etc. I did get the chance to take French in high school, a year of German in college and have dipped into a couple more since, but cannot call myself fluent. There is little opportunity to use a "foreign" language in the US. While enjoying the WotD, I realize I'm not even able to call myself a real master of English. Humbling. 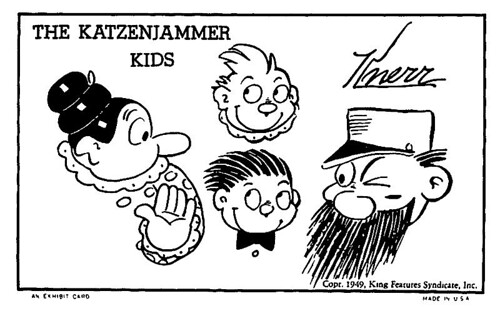 The day is mostly gone. WotD is late. Katzenjammer abounds. Some may even be getting royally drunk in compensation. I'm sorry for what will result tomorrow.

Pronunciation: /ɪnˈanɪmət /
adjective
1 Not alive: inanimate objects like stones
1.1 Showing no sign of life; lifeless: he was completely inanimate and it was difficult to see if he was breathing 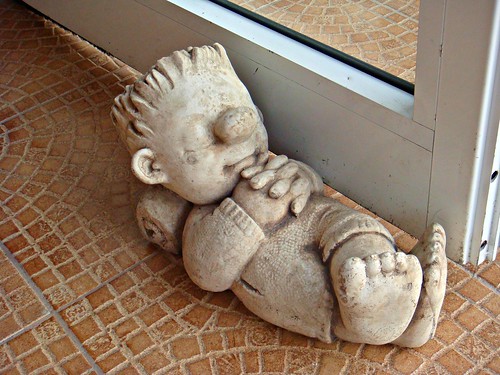 I have no animus against the inanimate.
But this morning, there's no excuse to be late.
The clocks went back to standard, Jack.
An hour more of sleep. You should be on track.

Pronunciation: /vəˈljuːtə, -ˈluː-/
noun
[mass noun]
1 The value of one currency with respect to its exchange rate with another.
1.1 Foreign currency: these internal flights supply valuta to the cash-starved confederation 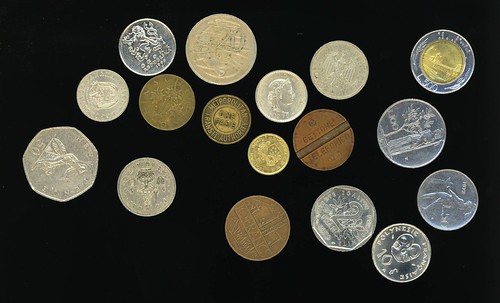 Benny went to the bank to find out the valuta of his cash. He carried dollars but needed to exchange for pesos. 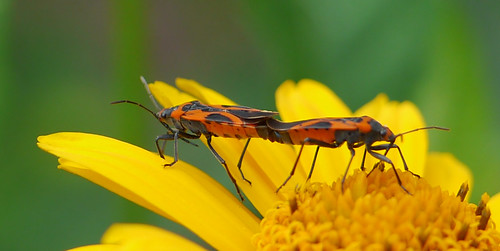 My mother read Dr. Doolittle to me when I was a child. The most memorable creature in the book for me was the bicephalous pushmi-pullyu. It fascinated me then and stuck with me. I admit that the description then was "two-headed", and I doubt I'll now start describing it otherwise.

[Let us hope that the primary illustrative image does not draw the ire of the critics. Therefore, an alternative.]

Pronunciation: /ɪˈfʌldʒ(ə)nt /
adjective
literary
1 Shining brightly; radiant.
1.1 (Of a person or their expression) emanating joy or goodness: standing there was my father with the most effulgent smile on his face 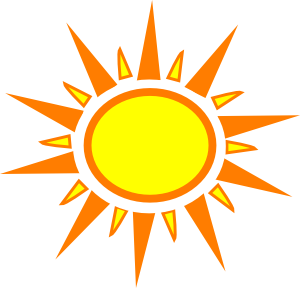 Wendy smiled often. It was a very visible demonstration of her effulgent personality. In any gathering, she seemed to be the center, with everyone like planets around her, the sun.

Pronunciation: /ˈʌlɪdʒ /
Definition of ullage in English:
noun
[mass noun]
1 The amount by which a container falls short of being full.
1.1 Loss of liquid, by evaporation or leakage.

Origin
late Middle English: from Anglo-Norman French ulliage, from Old French euillier 'fill up', based on Latin oculus 'eye' (with reference to a container's bunghole). 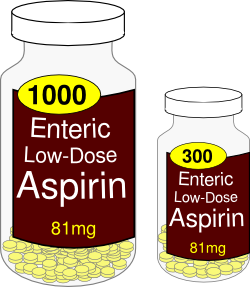 The pills of a "full" bottle rose to only 20 percent of the bottle's height. A huge wad of artificial cotton occupied most of the rest. The 1000 pill bottle wasn't any better than the 300 pill bottle, but, of course, was much bigger sitting beside the other on the shelf of the pharmacy. Ullage was not mentioned at all on either bottle.
All times are UTC-05:00
Page 229 of 397