How can you be so cruel, E.P.S.? Obsolete and obloquy dovetail nicely. Isn't it is time to try, nay strive to resurrect these outdated, dessicated elements of English so they may once again shine in the domain of daily discourse? Aren't we, the keepers of and contributors to WotD, charged with that thankless task?

If I'm silly enough to think that will happen, I deserve the obloquy of all.

Look back, back to page one of this topic. Yes, do it now, I say!

I have my cake and plan to eat it, too. Whether you choose to celebrate it on August 3 or August 4, this week marks the official tenth birthday of this Word of the Day topic. Like many of the words with which we play, the venerable topic has waxed and waned ("Wax on. Wax off." to quote Mr. Miyagi in "The Karate Kid"). Words stick with us long after they are first used. We may even misuse or misspell or mispronounce them. Nonetheless, we love them.

Raise a glass, toast the forum, toast the topic and all our wordy friends. If you must, toast the bread, too, and spread the extra cake frosting on it.

Pronunciation: / wēl /
noun
formal
That which is best for someone or something: I am holding this trial behind closed doors in the public weal

Well, well, weal.
Deep subject, healthy, best for you.
Words we feel
Are cool and neat and true.

It may come as a blow to you, but fortunately no puffy, red weal (definition 1) will be visible after using this definition of the word.

by voralfred
Congrats to Algot for keeping this thread alive, and to EPS for his regular participation.

Pronunciation: /ˈsembləns /
noun
1 The outward appearance or apparent form of something, especially when the reality is different: she tried to force her thoughts back into some semblance of order
1.1 archaic Resemblance; similarity: it bears some semblance to the thing I have in mind

With simple hope we scheme.
Pretend we are a team
Is that all that I can ask,
Only semblance, just a dream? 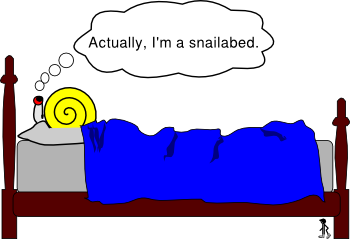 The dogs began to bark at 6:20. I missed my time to the pool again this morning, what a slugabed. Of course it is all relative. For many, rising at 6:20 is unthinkable. My parents were "early" risers at 8:30. My nieces often are asleep until 11:00 and get up to go out to eat before their afternoon work shift.

by voralfred
I can't believe it ! They invented a word just to describe me !!!

is the best of all the WoDT since the beginning of the thread.

Pronunciation: /inˈvā /
verb
[no object] (inveigh against)
Speak or write about (something) with great hostility: nationalists inveighed against those who worked with the British

Origin
late 15th century (in the sense 'carry in, introduce'; formerly also as enveigh): from Latin invehere 'carry in', invehi 'be carried into, assail', from in- 'into' + vehere 'carry'. 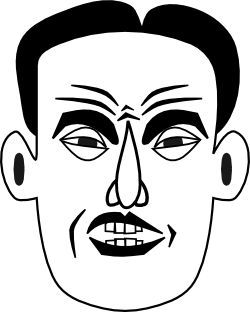 Joe spoke harshly.
He did inveigh.
No "partially"
Stood in his way.

His disdain was absolute.
Others opinions did not sway.
Certainty was at the root
With never a hint of gray.

He didn't like a single thing.
With happy thoughts, he didn't play.
To raw anger did he cling.
Again, no joy would come today.

by voralfred
I do hope noone will inveigh against my being a slugabed...

Does inveighing necessarily involve an obloquy?

Does every obloquy automatically constitute an inveighing?

by Algot Runeman
All the WotD comments are delivered with love, even if they seem like obloqy at the moment.

Origin
early 20th century: from the name of a detective in the play The Ticket-of-Leave Man by Tom Taylor (1817–80), English dramatist; also portrayed in the comic strip Hawkshaw the Detective by Augustus Charles (“Gus”) Mager (1878–1956), American cartoonist. 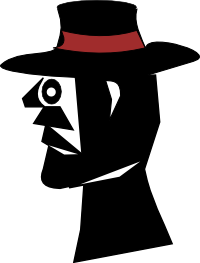 Inspector Richard Dikk was a gumshoe, a hawkshaw, a damn fine detective. His case clearance rate was 96% for his 15 years on the job. It might have had something to do with his parents' sense of humor. He was a quiet man with a steely gaze. There was no point in lying during an interrogation. He could see through any subterfuge.

I think (surmise, suppose, wildly guess) I wanted those visitors to the topic who just pass by in silence to know we are snide, silly, and entirely wonderful people and welcome all comers, even you.

With immense regard,
--Algot

Pronunciation: /täkˈsäfəˌlīt /
rare
noun
A student or lover of archery.
adjective
Of or relating to archers and archery.

Origin
late 18th century: from Toxophilus (a name invented by Ascham, used as the title of his treatise on archery (1545), from Greek toxon 'bow' + -philos 'loving') + -ite1.

Billy bent his bow and attached the string with the smooth style of a pro. His goal of entering the Olympics in archery was firm even though he was still in his first year as an archer. Nobody had ever heard of the word toxophilite, or they would have called him that. 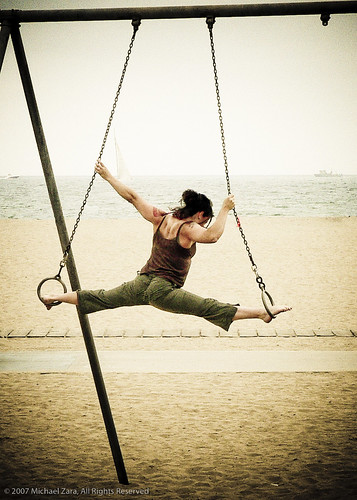 I'll not prevaricate.
I shall not even hesitate.
My interests do divaricate,
Spread widely and lack much depth.

Pronunciation: /ˈenēˌad /
noun
rare
A group or set of nine. 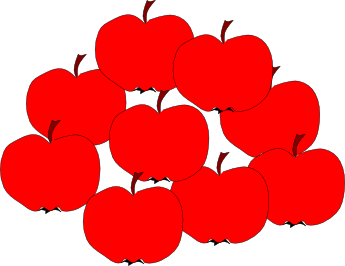 "Nein!" shouted Hermann. That's what I heard, anyway. I'm not sure why he shouted. I had only asked him how many apples were in an ennead. There didn't seem to be any need for such a forceful response.

Origin
early 18th century: from Latin renascent- 'being born again', from the verb renasci, from re- 'back, again' + nasci 'be born'.

After a long dormant period, there has been a rebirth of interest in the Word of the Day. Well, actually, it was just a missed Monday. ODO didn't send me a word by email, and I was just too lazy to go looking. If Tuesday is "renascent day" for WotD and we get thousands...hundreds...scores...dozens...a smattering...ONE witty/wise/woeful reply, the world will rejoice!
All times are UTC - 5 hours
Page 222 of 365
Powered by phpBB © 2000, 2002, 2005, 2007 phpBB Group
http://www.phpbb.com/