Math wishes to reify "number" beyond the simple sense of one vs. many.

That he deified her, was a bit too strong to describe my grandpa's adoration. But he certainly thought my grandma was a goddess reified in the flesh.

Pronunciation: /ˈdikinz/
noun
[in singular] informal dated
used for emphasis, euphemistically invoking the Devil:they work like the dickens she was in a dickens of a rush
(the dickens) used when asking questions to express annoyance or surprise:what the dickens is going on?

Origin:
late 16th century: probably a use of the surname Dickens

Darn, what the dickens will I do now? It's icing outside. I need to shop.

Algot Runeman wrote:dickens... Darn, what the dickens will I do now? ...

Could "What the dickens!" be a mondegreen of what was originally "What the clickens!" but badly printed by a misaligned typewriter?

Another example: I usually have to read "darn" and "dam" twice to make sure which it is.

Pronunciation: /ˈdo͞ozē/
(also doozie)
noun (plural doozies)
informal, chiefly North American
something outstanding or unique of its kind:it’s gonna be a doozy of a black eye That car is a real doozy!

Pronunciation: /d(y)o͞oˈəmvərit/
noun
a coalition of two people having joint authority or influence.

Dean and Don were too dumb to form an effective duumvirate.

Merry Christmas. Health and happiness to you, today and all the days that follow. 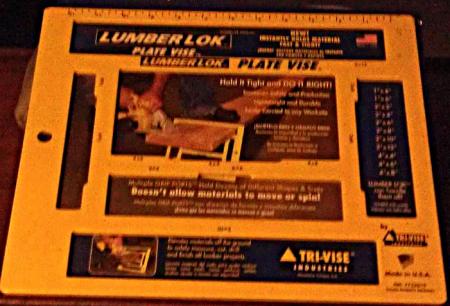 It is always amazing how my family finds just the right bizarrerie as a Christmas present for me.

Algot Runeman wrote:bizarrerie...
It is always amazing how my family finds just the right bizarrerie as a Christmas present for me.

So what's a collector of bizarreries called? I must admit that I inherited a few bizarreries from my grandma.
Can you guess what use this item is?

The answer is:
Spoiler: show
This thing is a tool to stretch and widen one or more fingers of a leather glove,
to make room for a fat ring or a set of thick fingers.

Pronunciation: /tīn/
noun
a prong or sharp point, such as that on a fork or antler.

Friends, there is no need to worry,
Fear not the portents nor the signs.
With many branches, many tines,
The next decision needs no hurry.

The road ahead has many forks,
And picking one or choosing which
Will keep me safely from the ditch
Still well ahead of all you dorks. 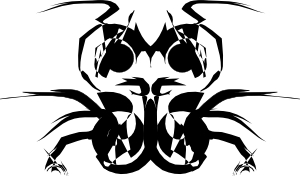 "The Zen of Xenology" is my next journal article to be written on a virtual machine using Xen. Did I mention I'm a xenophile living amidst xenophobes?

Pronunciation: /ˌstegəˈnägrəfi/
noun
the practice of concealing messages or information within other nonsecret text or data. 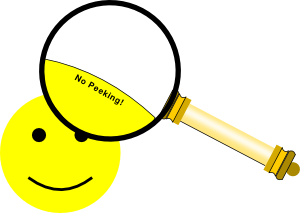 The stegosaurus successfully used steganography to hide messages from the neighborhood Tyranosaurs. It was very easy. They couldn't read anyway.

Stephan regularly used calligraphy combined with his own personal encrypting code to hide messages in steganographic jpegs. He proudly called it his secret stephanography.
Though often the image itself was a strong hint to the hidden content. Back in the late quarter of the 1700s Sam Adams might once have uttered the comminatory jibe, "At my bar, you might come in a Tory, but by the time you leave, you'd better be a patriot!"

Pronunciation: /ˌdeliˈti(ə)rēəs/
adjective
causing harm or damage:divorce is assumed to have deleterious effects on children

Which is more deleterious to a person's success, action leading to a stumble, or inaction...leading to nothing?

A while ago (3 months or so) I inadvertently hit the [Del] button at the wrong moment. OOPS!

It had a disastrous effect on a particularly cherished folder (the one with lots of nude pictures) on my external HDD.
Fortunately with Recuva® I managed to restore all wiped images.

Conclusion: Use the [Del] = [Delete key] sparingly and with circumspection, because it can have very deleterious consequences. No wonder that key was so named. Be warned! 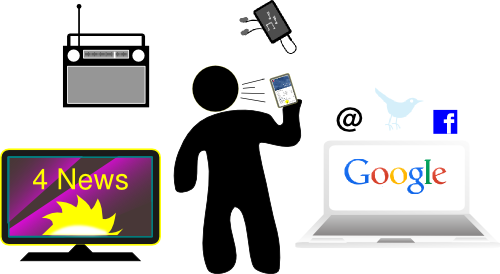 My sister-in-law turns on the TV as she enters the room, checks her weather app, and then calls someone on the phone. The TV provides visual support behind her rambling conversation. "Oh, oh, turn to channel four!" she says and waits while the channel changes at the other end of the conversation. Then the rambling continues. If it were not archaic, she would easily fit as a quidnunc. With the internet, TV, radio and always ready cellphone contact at hand, it is a perfect time to ressurect quidnunc from disuse.

And a Happy Quidnunc to you too.

But as always when you give or receive a present, even one totally wrong, it's not the present itself but the sentiment that matters, isn't it? So there you go ...!

Well, down on the delta, we always said, "It's the sediment that matters."
But that's irriverent and I don't want to irrigate you as the quidnunc turns to 2014.

Pronunciation: /ˈzəgˌzwaNG, ˈtso͞ogˌtsvaNG/
noun
Chess
a situation in which the obligation to make a move in one’s turn is a serious, often decisive, disadvantage:black is in zugzwang 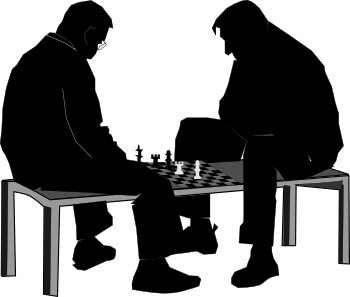 Outside the recreation center, far beyond the board on which his white king was fatally trapped, Hans knew there were changes ahead beynod his control. Zugzwang wasn't limited to a formal competition on 64 squares with alternating colors. His relationship with Bernice was hanging from a seriously frayed thread. Hans expected a confrontation and probable crisis when they both returned to the apartment that evening.

Pronunciation: /kəˈCHiNG/
(also ker-ching /kə(r)ˈCHiNG/)
noun
used to represent the sound of a cash register, especially with reference to making money:they likely have assets beyond the ka-ching of the cash register When they said, "A penny for your thoughts," they also asked for a deep discount. Ka-ching! I am richer for having shared even that little bit. The gremlins have invaded my automobile (coincidentally, a 30-year-old Gremlin). It is running rough. Of course, driving fast through that big puddle and getting the spark wires wet didn't matter! 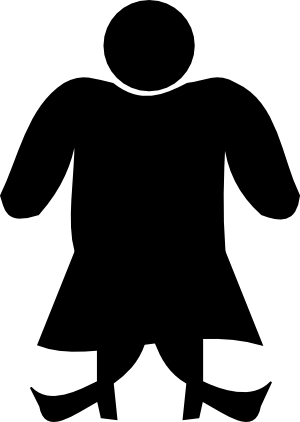 Sandy was so short, she could look fubsy at 120 pounds.

Pronunciation: /ˌinfōˈgrafik/
noun
a visual image such as a chart or diagram used to represent information or data: a good infographic is worth a thousand words

Origin:
1960s (as adjective): blend of information and graphic 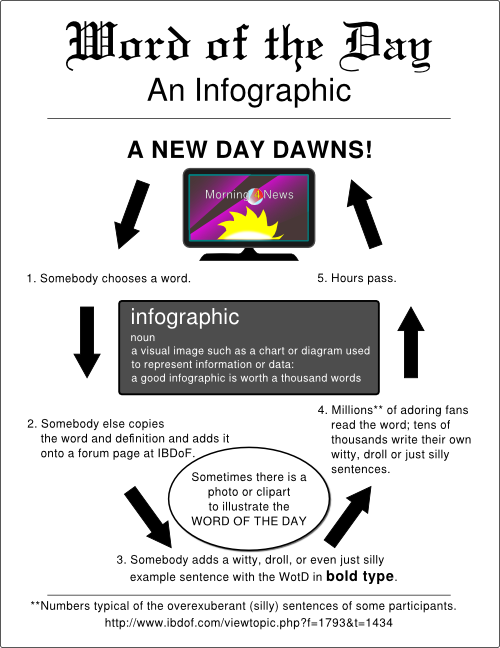 When I was in grade school (more than a week ago), we called an infographic a "poster project." And, of course we used colored pencils and crayons, though we didn't actually use quill pens.

I love infographics that tell you what to do.

Particularly the 3-dimensional ones.

Pronunciation: /əˈvoiZHən/
(also tax avoision)
noun
the arrangement of one’s financial affairs so as to avoid or minimize tax liability in such a way that it is not clear whether this constitutes lawful avoidance of tax or illegal tax evasion: tax avoision is a consequence of the web of tax rules that has undermined compliance [as modifier]:the higher the tax rate, the more popular the avoision schemes

Big money makes big avoision. The US company, Microsoft, famously reduces taxes paid to the state of Washington (headquarters) and the US federal government by making Ireland the "profit center" of much of its income. Then, too, it is corporations which lobby the legislatures to influence tax laws. Loopholes of loopholes in loopholes.
All times are UTC-05:00
Page 207 of 398