Alex was an acolyte with Asberger syndrome. It was all he could do when handing the aspergillum to the priest not to blurt out "Aspergilllus is moldy!"

noun
a person who has or affects to have a special appreciation of art and beauty.

Origin:
late 19th century: from Greek aisthētēs 'a person who perceives', or from aesthetic, on the pattern of the pair athlete, athletic

Pete was an athlete who wasn't a tiny bit effete.
Pete wasn't neat. With sweat, he did overheat.
Muddy from the rugby pitch, he often appeared to live in a ditch.
He yearned to be an aesthete, with love of art, he was replete. 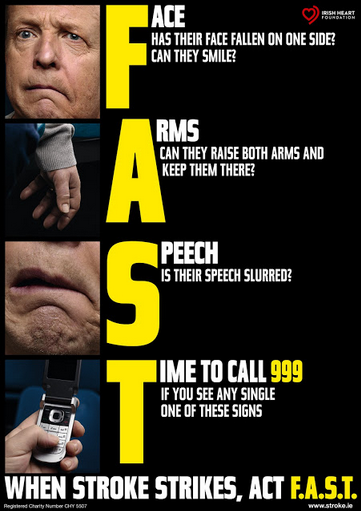 "Wha' th' fuh' is dysarthria?" asked Tony. Nobody in the room spoke up right away. It was a big room, but not one person was medically trained.

Way over in the corner, Sally raised her hand and spoke softly so everyone else had to lean in her direction. "My aunt had a stroke last year. We couldn't understand what she was trying to say. We called emergency services right away. Her doctor told us my aunt couldn't properly control the muscles of her face and tongue because of the stroke. She's better now, but still slurs some words."

Origin:
late 16th century (denoting a collection of statutes or set of rules): from Latin, literally 'block of wood', later denoting a block split into leaves or tablets for writing on, hence a book 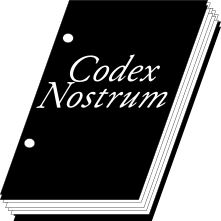 The official documentation, the standards upon which our system is built, is the codex found at our website. It is a living document unlike many codices of ancient knowledge. As our product continues to advance, the codex will likewise change. The site will also maintain a version of the information for each version of the software released. [ We do recognize that you might expect a stack of bound paper or vellum sheets, but this is the digital age, after all. ]

"Salve us, Louie. We need something soothing for this terrible sunburn."
Louie slathered the girls. They giggled as he worked.
He trusted that his good works would eventually be salvific.
They simply thought he was terrific.

Pronunciation: /ˈməkˌtək/
noun
the skin and blubber of a whale, typically the narwhal or the beluga, used as food by the Inuit. Maktak wasn't good enough for us. We needed to change the spelling to muktuk and then, not even eat the product ourselves. That's probably a good thing. We commonly do not know when to stop.

Pronunciation: /nwäˈyäd/
noun
historical
an execution carried out by drowning.

Origin:
early 19th century (referring especially to a mass execution by drowning, carried out in France in 1794): from French, literally 'drowning', from the verb noyer, from Latin necare 'kill without use of a weapon', later 'drown' Lacroix unceremoniously swung his arm away from his body. The crew shoved the defeated officers overboard. Absorbing ordinary seamen into a crew frequently worked out, but leaving officers alive gave them leadership. Noyade was not kind, but it was bloodless execution, out of sight, out of mind.

Bill fawned over Ada, queen of the digerati.
Kind to a fault, she never was snotty.
Her skills with coding couldn't be better.
She built a computer just to knit him a sweater.

It is especially vexing to trace the origins of some flags. The originals were not always the result of official state action. The adoption of a flag often happened after the fact. Vexillology is often left with just the stories which surround the early flag.

Pronunciation: /ˌhīpəkəˈristik/
adjective
denoting, or of the nature of, a pet name or diminutive form of a name.
noun
a hypocoristic name or form.

Pronunciation: /ˈlägər/
noun
1South African historical a camp or encampment formed by a circle of wagons.
2an entrenched position or viewpoint that is defended against opponents:an educational laager, isolated from the outside world

Lukas limped toward the laager.
Gone was his typical swagger.
He'd visited the latrine
After finishing his lager.

The wagons were close now.
Gotten lost, didn't know how.
A stumble, hand to the ground.
The lion's growl. His own final howl.

adjective
very vivid in color, especially so as to create an unpleasantly harsh or unnatural effect:lurid food colorings a pair of lurid shorts
(of a description) presented in vividly shocking or sensational terms, especially giving explicit details of crimes or sexual matters:the more lurid details of the massacre were too frightening for the children

Origin:
mid 17th century (in the sense 'pale and dismal in color'): from Latin luridus; related to luror 'wan or yellow color' Sam practiced his makup, going intentionally for the lurid look. Halloween was coming up and he wanted to enhance his planned costume.

adjective
1using, containing, or denoting expressions that are natural to a native speaker:distinctive idiomatic dialogue
2appropriate to the style of art or music associated with a particular period, individual, or group:a short Bach piece containing lots of idiomatic motifs

"Y'all come back, heah!" was the idiomatic sentence from the waitress.

Joe and his family walked out of the restaurant, comfortablly full of an excellent lunch and full of wonder at the kindness of strangers.
They had run out of gas on the highway, and a pickup stopped to help them, only to rob them and steal their car after adding gas from a can.

After the sherrif found them walking along highway, and drove them to town. After a brief interview at the station, he them up in the cafe. The owner bought them lunch. Even when Joe promised to pay him back, the owner declined.

Pronunciation: /ˌkakōˈwēT͟Hēz/
noun
[in singular] rare
an irresistible urge to do something inadvisable. I want it. I need it. It's killing me to sit here and look at the plate. I'm hungry, dammit!
How do I resist the cacoethes to consume week-old, raw hamburger?
I've been tied to this chair for most of that week, and the meat has been changed from time to time, chicken, shellfish, ground beef, all raw.

I'm not thirsty. I've been given store-bought water any time I've asked, a new, sealed bottle each time.

The plates have all been on the table, never covered. The only change has been which was before me. My guard never speaks, he's dressed formally, as if a 19th century servant. I cannot tell if he waits standing behind me or goes to the kitchen and sits between plate changes. He never seems angry that I'm not eating. There isn't a change of shift. He's just "there."