Origin:
mid 19th century: from jerk1 + water, from the need for early railroad engines to be supplied with water in remote areas, by dipping a bucket into a stream and “jerking” it out by rope

Every two days, John visited the jerkwater town of Salsberry, once headed west and then back east. He never knew it, though. For him, it was just a trellis bridge and a good stream for engine water.

When I read the word "jerkwater" I immediately guessed the meaning.
But I imagined a completely different etymology.
"backwater" is often used (six times in the Vorkosigan Saga by our resident author LMB) as a synonym for "backcountry", "an isolated and under-developed region"
Now from the sophisticated perspective of some urbanites, the inhabitants of a sufficiently isolated backwater town could only be jerks, justification enough to call such a place a jerkwater town

Algot Runeman wrote:spitchcock
...
"Eew," said Sally. "I thought we were going to skip having to deal with spitchcock which was YESTERDAY's WotD."

[Yes, we know, Sally. The verbal variation can encounter delays when the word guy is on the road. Sorry you are uncomfortable, too. We will move on without any photo, in deference to your discomfort.]

Are you saying that Rooster Cogburn was in hot pursuit to spatchcock the word guy because he had spitchcocked eels from Rooster's own brook?

A pandect [phone] is a global DECT phone that automatically switches its configuration to comply with all local DECT frequency ranges, protocols and regulations. P.S. I haven't the faintest idea whether such a pandect phone actually exists.

When I read the word "jerkwater" I immediately guessed the meaning.
But I imagined a completely different etymology. ...

Jerkwater also made me think of the acute cystitis and prostatitis I once had. It made me pee with intermittent painful spurts.

I wonder with geophagy, especially if the ingested dirt is chalk, whether the effect is partially useful as an antacid.

noun
In quantum mechanics, quantum decoherence is the loss of coherence or ordering of the phase angles between the components of a system in a quantum superposition.

Carl spoke incoherently about decoherence. His skills were difficult to quantify, in any case. Carl went through phases during which he tried to get an angle and advantage over his competitors. He was usually sidelined as an unneeded component of any job in which he took part. He never occupied a super position, relegated to the most limted mechanics of the task.

[Sometimes I feel just like Carl. I need somebody to define the definition. I am reading 2312 by Kim Stanley Robinson from which I've taken today's WotD. I wonder how much he understands about what he is writing.]

My grandma was quite familiar with decoherence. Though not directly.

I mean that she very carefully inspected all her furs. If any showed the slightest coherence of its hair, she immediately took it to her furrier to have it cleaned.

She used to say that the man was a fur decoherence wizard.

Pronunciation: /ˈkemˌtrāl/
noun
a visible trail left in the sky by an aircraft and believed by some to consist of chemical or biological agents released as part of a covert operation.

Origin:
1990s: blend of chemical and trail, on the pattern of contrail "General Adams, could you please describe to me the covert nature of this operation?"
The President stared at the general, waiting, as he watched the video of the chemtrails over the enemy capital.

Algot Runeman wrote:centrist
...
A similar question: Are competitive archers striving to be centrists?

Maybe they just like to be the centre of attention?
I'm sure Robin of Locksley loved being the centrist surrounded by swooning maidens.

So happy my IBDOF title is in the WOTD thread!!

So happy my IBDOF title is in the WOTD thread!!

So you're a present-day Robin Hood, eh? 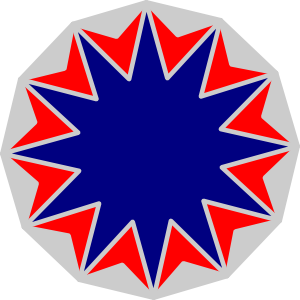 Starr deeply wished to be a Polly but the group had requirements she could not satisfy. The Pollys of Hedron College demanded a multi-sided individual, preferring polymaths over experts in any one field. Starr, sadly was only good up to pentagonal perspectives. True polyhedra perplexed her. The Dough Deca Hedron social club did court her, though, because she COULD bake and then decorate cakes.

Though a sidewalk collision with Dolly Parton might make one think otherwise.

by Algot Runeman
A propros decoherence from a few days back, science and a capella fans can combine while watching and listening to this YouTube Video.

[Convergence of WotD with other stuff is always fascinating to me.] 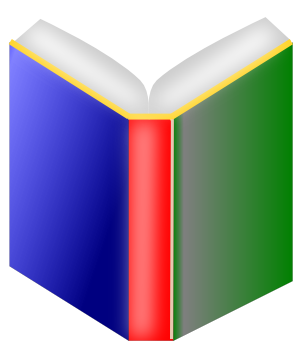 Can you now claim to have read the classics?

Pronunciation: /ˌhäsēˈendə/
noun
(in Spanish-speaking regions) a large estate or plantation with a dwelling house.

Origin:
Spanish, from Latin facienda 'things to be done', from facere 'make, do' (see fazenda)

Bruna had to think of the shack in the favela as her hacienda. She had no other choice.

Flora sat in a rocking chair on the porch of the hacienda's atrium, quietly reading a florilegium of Virgil's poems. 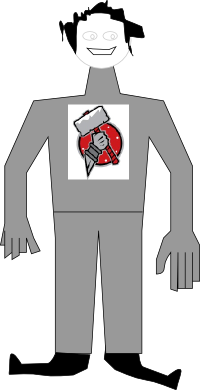 Adam was actually adroit in spite of being gauche. There wasn't a position in baseball which he couldn't play perfectly.

If you'd ask me, I'd say that drawing, with its right hand's fingers chopped off, is not dexterous, but both gauche and sinister, even leftist ...

Origin:
mid 17th century: from Italian Scaramuccia, the name of a stock character in Italian farce, from scaramuccia 'skirmish', ultimately from the same Germanic base as skirmish

Manfred strutted into the room, stared down the crowd. Secretly, he feared their scorn. Scaramouch, no doubt. Is it strange to anybody else that an equilibrist, a person who walks high above the ground across a narrow wire, tenuously balanced, isn't thought of as "unbalanced"?

How do you crossbreed an equilibrist with a ventriloquist?
Balance him on her tummy? Carl didn't intend to stir up trouble. He wanted the country's goal to stay peace. Sadly the others in the legislature were all missing their stapes, so his pleas fell on deaf ears. War!

He tried repeatedly, each time raising his voice louder and louder, "STAY PEAS!", but the peas just didn't stay put and kept rolling down the hill.

Rummaging in his pockets for any remaining peas and a final desperate attempt, he accidentally dropped a few beans. Lo and behold, a beanstalk sprouted on the spot and grew high up in the sky.

Oh well, a peastalk wouldn't have held his weight anyway.

["Stay, Peas" might have worked if Peas had been a dog. Pets with paws have been known to pause on demand.

When I was a kid, it took more than a voice command to control the horse I rode (not my own, just one used at a summer camp).
I needed the stirrups of steel, leather and wood to brace my feet while hauling the reins to get the equine beast to pause, especially if there was a bucket of oats waiting in the stable.]

Pronunciation: /ˈjentrē/
noun
(often the gentry)
people of good social position, specifically (in the UK) the class of people next below the nobility in position and birth:a member of the landed gentry
[with adjective] people of a specified class or group:a New Orleans family of Creole gentry

Origin:
late Middle English (in the sense 'superiority of birth or rank'): from Anglo-Norman French genterie, based on gentil (see gentle1)

Many novels written in the 1800s examined the question of whether entering by the back door and exiting from the front could make a person part of the gentry.
All times are UTC-05:00
Page 199 of 366