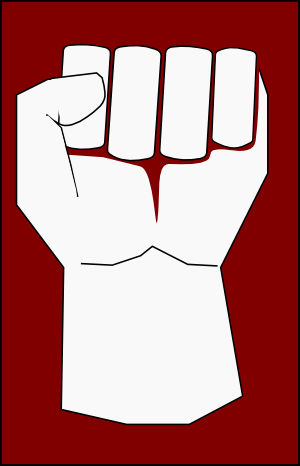 Walter whacked, wolloped and larruped the rustlers after he had chased them and the stolen cattle halfway across Laramie county. He didn't wait for the sherriff to deal with the thieves. Walter stopped short of murder, though. It wasn't horse theft, after all.

When there was a heat wave, Irene daily went skinny dipping in the town's reservoir.
Since then, whenever the water tasted funny, people said it was irenic.

In short, they had themselves a baste!

BTW:
Should it be larruped or larrupped?
(I'm thinking of for example: Algot upped the stakes, but Voralfred one-upped him ...)
Is there a grammatical rule?

Origin:
mid 19th century: from Latin succuss- 'shaken', from the verb succutere, from sub- 'away' + quatere 'to shake' 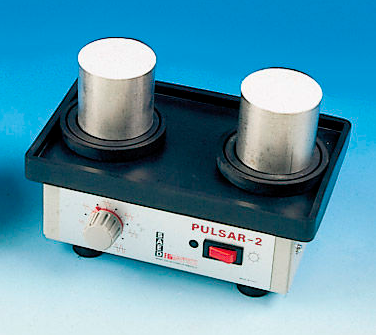 James Bond would never have said, "Succussed, not stirred." Though he might have considered the drink a remedy.

Pronunciation: /ikˈstôrSHən/
noun
the practice of obtaining something, especially money, through force or threats. Theo was a thug.
Theo, always smug,
Got his daily portion
Through regular extortion.

Extortionist:
- former husband of a contortionist

Theo was also an extortionist.

Pronunciation: /kərˈfəfəl/
noun
[in singular] informal, chiefly British
a commotion or fuss, especially one caused by conflicting views:there was a kerfuffle over the chairmanship

Carl conceded that he'd suffered after the recent math conference. The kerfuffle over positive and negative operators multiplied his difficulties solving simple problems and divided his loyalties.

Pronunciation: /diˈkäkt/
verb
[with object] archaic
extract the essence from (something) by heating or boiling it.

Origin:
late Middle English (in the sense 'cook, heat up'): from Latin decoct- 'boiled down', from the verb decoquere, from de- 'down' + coquere 'cook' 
Ester sought novel essences. She wanted to concoct her own soaps for the guest bathroom. For that, she needed to locate and decoct unusual but pleasant scents. Rosewater and glycerine were too mundane.

Pronunciation: /ˈpaˌtwä, ˈpä-/
noun (plural same )
the dialect of the common people of a region, differing in various respects from the standard language of the rest of the country:the nurse talked to me in a patois that even Italians would have had difficulty in understanding
the jargon or informal speech used by a particular social group:the raunchy patois of inner-city kids Rejoice and raise your lusty voice.
Sing the song both loud and long.
Show your spirit's very strong.
Formal or patois, your choice.

Just to point out that someone is not included:
"Allez, embrassez moi. Non, pas toi, idiot!"
(Come on, embrace me. No, not you, idiot!)

verb
[no object]
scribble absentmindedly: he was only doodling in the margin

noun
a rough drawing made absentmindedly.

early 17th century (originally as a noun denoting a fool, later as a verb in the sense 'make a fool of, cheat'): from Low German dudeltopf, dudeldopp 'simpleton'. Current senses date from the 1930s

During the months of the off season, Maurice fiddled and diddled, dawdled and doodled. In the end, he'd written what would become the most widely read and highly acclaimed novel about the world of professional basketball.

When I search for info about something particular, I mostly google.

But when I do NOT want that info, I doodle.

by Algot Runeman
According the the Dictionary of American Regional English:

"A small indefinite amount -- I'll just take a wingding doodle of cream in my coffee."

noun
a thing, especially a vegetable, fit to be eaten. Bugs was bugged, seriously. He had ordered carrots—what else?—but the waiter brought out a bowl of carets, definitely not esculent.

Pronunciation: /əˈleksēə/
noun
the inability to see words or to read, caused by a defect of the brain. Also called word blindness.Compare with dyslexia.

Origin:
late 19th century: from a-1 'without' + Greek lexis 'speech', from legein 'speak', which was confused with Latin legere 'read' 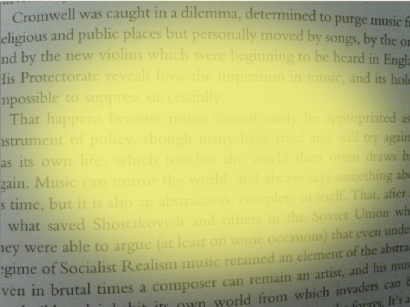 Sandy sat staring at his desk. He hoped that there would be a good explanation and discussion today. The subject was interesting, but recently, Mrs. Potter had been pulling back on the in-class lecture and discussion. She was expecting everybody to read the textbook for the next day's activities. Sandy's mom wasn't home this week and Dad was working extra hours. Sandy's alexia would become a problem if something didn't change soon. The school records had his condition noted, but Mrs. Potter might have missed it. Sandy didn't advertise his difficulty if he could work around it.

If I understood correctly, alexia is a neurological defect.

There is also anatomical, fortunately only partial alexia. The blind spot in the retina causes all vertebrates to have this defect, even those that never could read.

As we scan a page to read, instead of staring at a single spot in the middle, we never notice the existence of the blind spot.

Do you see the girl hanging out of the train window in my signature? With the test described here you can make her pants disappear.

by Algot Runeman
When I taught middle school science, one of our favorite sequences of activity centered on the senses. We did several experiments, including the blind spot test. The kids found it fascinating. Thanks for reminding me, E.P.S.

Algot Runeman wrote:... several experiments, including the blind spot test. The kids found it fascinating. Thanks for reminding me, E.P.S.

You know? Getting older I've noticed that all my senses have been suffering more and more blind spots here and there. That is, occasional failures of sight, hearing, taste, balance and other senses.

Though in one aspect my senses remain as acute as ever. I never fail to notice a pretty women go by, by her looks, the sound of her steps, her smell or by my vertigo. Fortunately, but I wonder why ...

Pronunciation: /ˈprōˌband, prōˈband/
noun
a person serving as the starting point for the genetic study of a family (used especially in medicine and psychiatry).

Origin:
1920s: from Latin probandus 'to be proved', gerundive of probare 'to test'

The Rolling Stones volunteered to be probands in the genetic study, but they were turned down. The scientists preferred members of amateur bands.

Pronunciation: /ˈvīnəs/
adjective
resembling, associated with, or fond of wine:a vinous smell
of the reddish color of wine. Some people say, "Grape juice is vaguely vinous."
Others say, "Tall bottles with corks are vinous."
Still others say, "I love wine with good food." and, therefore, are fondly described as vinous. Maybe they are gourmands, too.
Yet there remain a set of people who say, "Gimme da jug in dat papuh bag." They are rarely described as vinous, but generally called winos.

noun
informal, chiefly North American
a large number or quantity of something:he asked me a slew of questions Ryan wanted some way to skew the results so he hired a slew of pretty women to serve the brew. The miners were happy, the workmen were eager for more. At the end of the week, Ryan's pub had set itself apart from the others with a count of customers which set a record, brand new.

Origin:
mid 17th century (in the sense 'affected by black bile', one of the four supposed cardinal humors of the body, believed to cause melancholy): from Latin atra bilis 'black bile', translation of Greek melankholia 'melancholy', + -ious Atticus attracted Alices attention with an atrabilious gaze. She told him to lighten up. Of course, he did not.

Do you see the girl hanging out of the train window in my signature? With the test described here you can make her pants disappear.

How disappointing !
EPS, this is the standard trick! The pants and everything else disappeared !
I was hoping for some new, clever trick to have just the pants disappear, not what they contained...

We have been atrabilious without you.

Pronunciation: /ro͞oˈā/
noun
a debauched man, especially an elderly one.

Origin:
early 19th century: French, literally 'broken on a wheel', referring to the instrument of torture thought to be deserved by such a person Considering the meaning of roué, one can wonder what rouen stands for.